This page goes into detail about the various committees and their histories at the IMUNA conference. It also tells you a story about how the IMUNA Foundation was founded, which, in the end, is responsible for the IMUNA conference! Furthermore, it explains in detail which different organs are active within the foundation itself. Last but not least, it provides more knowledge about our Mission Statement. This statement describes what we aim to achieve by organizing these yearly conferences.

What is the IMUNA Foundation?

The International Model United Nations of Alkmaar – abbreviated as IMUNA – is an annual youth conference organized by students of the Murmellius Gymnasium in Alkmaar. The organization is structured in the IMUNA Foundation. The Foundation strives to simulate the United Nations as accurately as possible by debating solutions to problems of an international character in separate forums. The fundamental document of the United Nations, the UN Charter, is the basis for the debates held at the conference.

The committees, in which each debates a separate range of issues, take part in the plenary session, called the General Assembly (GA). The GA is not the only organ represented at IMUNA, the Security Council (SC) and the Economic and Social Council (ECOSOC) are also fully represented. The Security Council dedicates its sessions to international peace and security and ECOSOC to global economical and social issues. The UN functions within world politics. However, world politics does not solely function within the UN.

When the IMUNA Foundation tries to simulate the UN as accurately as possible, it tries to simulate world politics as accurately as possible. To enhance the educational value of the conference, another organ was added to its range of committees and councils. The North Atlantic Council, which is the umbrella-organ of the North Atlantic Treaty Organization (NATO). Thus broadening the global political horizon of IMUNA. Students attending secondary schools from all over the world unite in the Murmellius Gymnasium to represent a member state or organization of the United Nations. While proclaiming entirely different policies from their own, all students cooperatively strive to consensus on solutions to various global political, military and economical problems.

The Executive Staff is responsible for the day-to-day running of the conference. This organ consists entirely of students attending the Murmellius Gymnasium. These students all have extensive Model United Nations experience and possess excellent organising skills. An adult Board of Directors, consisting of teachers and MUN Directors of the Murmellius Gymnasium, monitors the Executive Staff. The Board of Advisors is an advisory organ assisting the Executive Staff. Its members all have deep knowledge of the UN and MUN alike.

A Bit of History

The first IMUNA conference was held in 1994. It was, as it is now, entirely organized by students attending the Murmellius Gymnasium. Since this first session, IMUNA has steadily grown and has acquired a true international character. In 2018, IMUNA has celebrated its 25th anniversary. Furthermore, delegations from the organizing school, the Murmellius Gymnasium, have attended many other MUN conferences, as well in The Netherlands as abroad. Due to excellent training and education methods within the delegations, many students of the Murmellius Gymnasium have obtained officer positions at The Hague International Model United Nations (THIMUN) and other THIMUN-affiliated conferences in The Netherlands.

The goal the IMUNA Foundation has set itself is two-fold. On one hand, IMUNA hopes to facilitate a productive international environment that fosters personal development for all participants. They can improve, among other things, their negotiating skills, their public speaking skills, and they are trained to shoulder large amounts of pressure and responsibility. Additionally, through communicating with youths from all other parts of the world, IMUNA will teach participants to break away from narrow self-interest and come to understand the different views in which international problems can be approached. On the other hand, as IMUNA is a UN simulation, we hope to contribute to the goal of the United Nations as set forth in the Preamble of the UN Charter: “to practice tolerance and live together in peace with one another as good neighbours”. 2000 – The first version of the IMUNA logo was created, inspiration was found in the gate at the Murmellius Gymnasium. 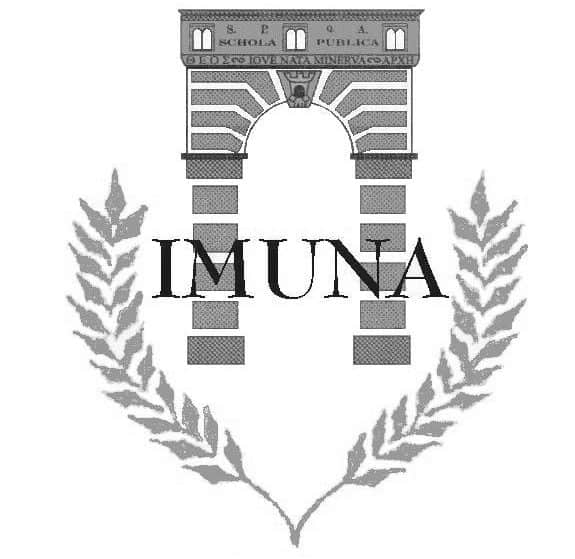 2001 – Slight alternations were made, which would deem as the basis for all further logo designs. 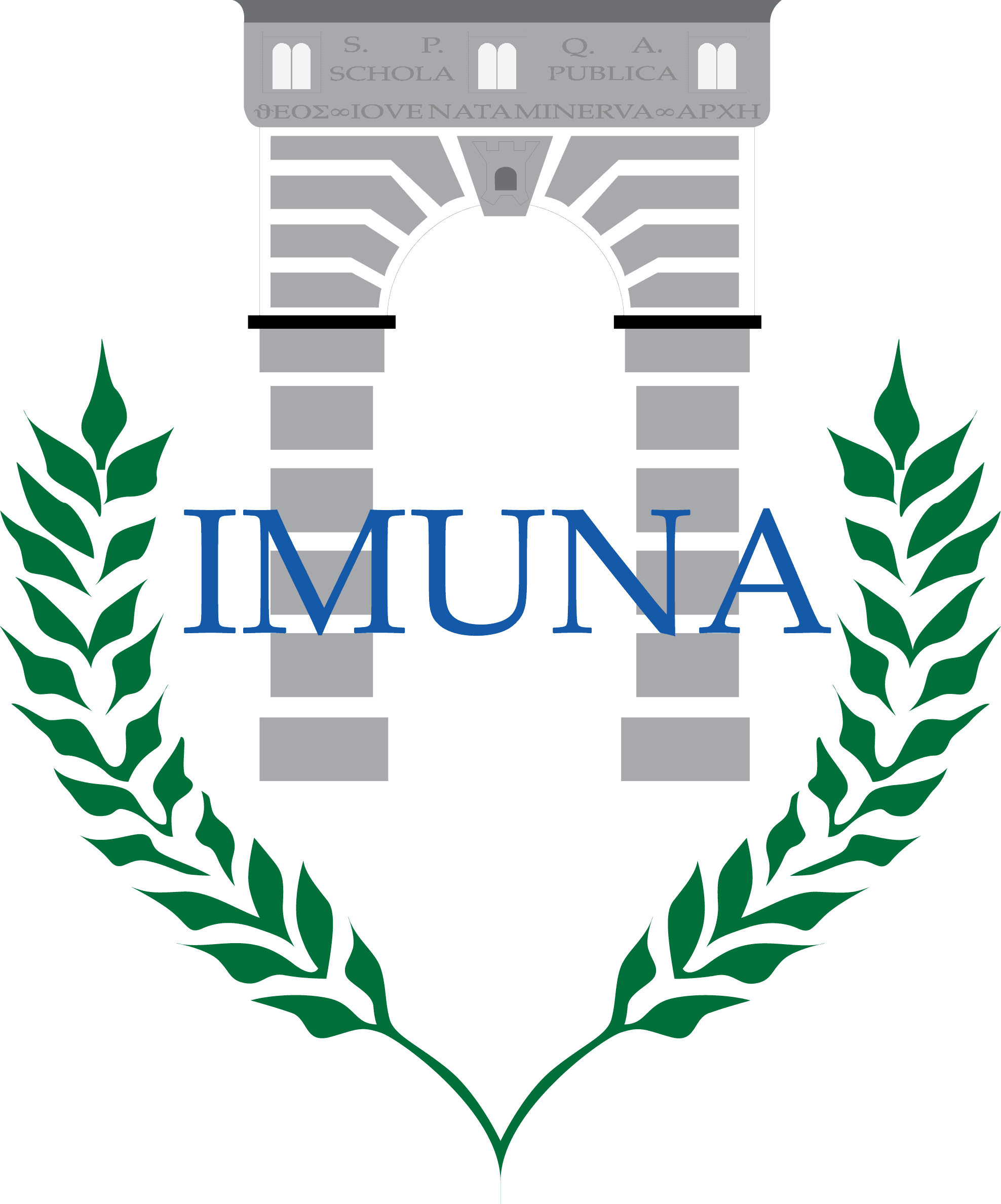 2007 – The first digital version was created and is still in use to this day!

*Note: the listed images of various IMUNA logos were hand-picked to illustrate the most radical changes that occurred in design. There have been slight alternations to the logo, between some of the above mentioned years. They were deemed not worth mentioning, as they would be discontinued and replaced the year after introduction. An example would be the special ‘IMUNA 25’-logo, which was used to celebrate our anniversary!